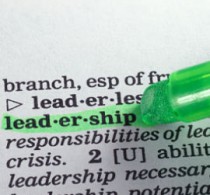 The 20th century American theologian Reinhold  Niebuhr once observed that “No man will ever be so intelligent as to see the  needs of others as vividly as he recognizes his own . . .” This observations  has been echoed in more recent descriptions of “empathy deficits,” which have  been amplified by a political climate marked by growing selfishness, hostility,  and personal animosity. Regardless of the characterization, the inability of our  modern leaders to think beyond the next election has fueled a crippling  shortsightedness that threatens the sustainability of public policies designed  to foster shared security and prosperity.

Connecticut has witnessed this first  hand as the state’s General Assembly failed to act on the original SustiNet  proposal, which would have taken a bold and evidence-based step toward ensuring  all Connecticuters have meaningful access to preventive and medical care. A dearth of imaginative leadership and our inability to identify the needs of our fellow man as our very own has compromised our economic and political sustainability as never before. The consequences are vast and have significantly changed the character of American life. Existing wealth, health, and education disparities within our population  are simply unconscionable. In terms of wealth, the top 1 percent of Americans  control 40 percent. Inequities in health are perhaps even more disturbing and  health disparities along socioeconomic, racial, and ethnic lines continue to  grow. The nation’s marginalized communities do not only bear a tremendous  burden in terms of illness, but disproportionately so, such that existing  health outcome trends render individuals’ opportunity for good health  drastically different based upon they are born. Essentially, whole  neighborhoods have their entire health destinies shaped by unjust conditions,  practices, and systems that have been institutionalized through no fault of their own. Gaps in educational achievement persist and mirror patterns of  poverty concentration in our isolated urban centers. Such inequality is nearing  levels of historic significance and as Americans are increasingly fearful of  the nation’s status in the world economy, we too, now face the realization that  the accumulation of resources in one place leads to compromised opportunity elsewhere. The growing awareness of health disparities among economists, the  medical field, and public health professionals is heartening, but ultimate  success in mitigating them depends upon the development of leadership that can foster understanding that the fate of our most privileged citizens is bound up  with the amount of opportunity open to the rest of the population.

Health disparities result from complex interactions among  genetics, environment, and culture and are amplified by public policies which  may open or restrict opportunities for optimal health. While the diversity of  our population makes our lives richer and presents some of our greatest assets,  it also represents an incredible range of health improvement challenges–  challenges that require leadership from individuals, families, communities, and  public institutions. Regardless of how health disparities or health inequities  are defined, they have emerged as one of the defining problems of our time– problems that serve as a reminder of the stark injustices that still exist in  our society.

Leadership at the forefront of some of our greatest causes  have been able to expand our collective imagination and artfully make the case  for why we should account for, and even prioritize, the interests of others.  This ability to apply timely leadership in the face of social injustice has  probably been most evident in the “Injustice anywhere is a threat to justice  everywhere” mentality of the civil rights movement; however, the interconnectedness of our modern global society and the complexity of the  institutionalized injustice require a heightened level of human imagination  that appreciates the fact that one individual’s, one family’s, one city’s, one  state’s success depends upon the continued success of others situated around  them.

For instance, the economic health of Connecticut’s central cities, their  surrounding suburbs, the former mill towns, and the entire state are all  inextricably linked. As such, our political victories should not be defined by  what we win at someone else’s expense, but rather by how we enable communities  throughout the state to pursue their dreams. Connecticut has accomplished significant  progress and is aiming for admirable goals, such as universal health care  access. The state’s public interest community has done a tremendous amount to  “comfort the afflicted”; however, true progress in the name of health equity  will only be achieved once we “afflict the comfortable” and the state’s grossly disproportionate distribution of opportunity is recognized as the liability it  is. As has been described by Former President Bill Clinton, “Our world is too  small, our wisdom – too limited, our time – too short, to waste any more of it  winning fleeting victories at other people’s expense.” Connecticut has the potential to rise to the occasion and take advantage of the state’s unique opportunity to pave the way  for others in nurturing a society conscious of the interconnectedness of all of  its residents. Such a framework will ensure the vitality of the American dream– passing on a greater world of opportunity and security to each generation. In that vein, our current efforts in pursuit of health justice are not altogether  for today – they are for a vast future also.