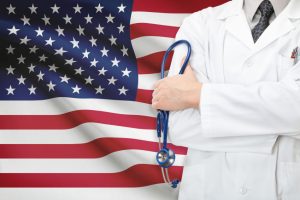 Healthcare.gov fixes may havemet its December 1st deadline for improving the online health-insurance marketplace, but the unrelentingly flow of criticisms over the glitches will continue to pester the Obama administration. However, what is often not mentioned in the “Obamacare narrative” is the Republican Party’s role in the bungled roll-out of the healthcare exchanges, or how well state-run exchanges are actually doing.

Republican dominated states overwhelmingly opted to forgo the opportunity to design their own health care exchanges and instead to allow the Federal government to develop the Exchange. This decision was based on a political calculus that to design a state based Exchange would be seen as complying with the health reform law and contradicting the Republican party’s platform of “repeal and replace” Obamacare.

In fact, the whole idea of having state based Exchanges was a compromise between Senate and House versions of the health reform bill designed to appease conservative democrats. The original concept behind the exchanges was to have a national health insurance exchange where individuals could shop for pre-approved plans. This plan was foiled by conservative democrats whose votes needed to be wooed through a promise of increased state discretion in implementation.

Likewise, the core concepts behind Obamacare – the employer and individual mandate were originally ideas developed by conservatives to preserve a strong role for the market in the provision of health insurance while guaranteeing a large enough healthy customer base to make coverage more affordable. This is why Mitt Romney adopted it in Massachusetts in the first place. Now this conservative idea is being trumpeted as a liberal plot to install socialized health care (which is actually the secret hope of liberals).

Republicans are taking advantage of the botched roll-out to further undermine Obamacare, and may well use the next debt ceiling debate to try to repeal it again, this time with more ammunition. Obama’s recent concession that insurance companies can continue to offer their skeletal coverage plans to handful of the population who make too much to qualify for subsidies could serve to undermine the entire reform process, which would be especially harmful to lower income earners who will benefit from subsidies on the Exchanges.

Once again, conservatives have been more effective at messaging and controlling the terms of the debate, and liberals come off looking weak and ineffectual, which perhaps actually proves that they are.

But the stakes this time are too high and I fear the damage may already be irreparably done. What is at stake in this game of cat and mouse is not merely Obamacare and expanded affordable health insurance for millions (which is already a lot), but rather a larger battle between two visions for the future.

The conservative vision is a vision where there is no social risk protection “every man for himself,” where the market dictates absolutely. Conservatives will stop at no less than the privatization of the entire welfare state. This is what, for instance Paul Ryan’s Medicare plan aims to accomplish as well as McCain’s plan, which is now being trumpeted by a Republican Senator from New Hampshire.

The liberal vision is a vision, not fully realized in the ACA, of a stronger role of the state in the provision of services and universal social risk protection programs.

But now, Liberals, rather than being able to advance genuine expansions of social risk protection programs like Medicare and social security, remain on the defensive, desperately grasping at any plan that is politically feasible that maintains a modicum of risk pooling.

And with the bungled roll-out, the confidence of the public in the state’s ability to do anything right is at an all-time low. Liberals are hoping people’s short attention spans will render this episode forgotten once the program is up and running, but I’m not so sure, and I’m not so sure the program will stand the test of time with such continued compromises to the law taking place.

What the Democratic Party needs more than anything else is “Chris Christie” style leaders- blunt, straight talking leaders that stick to their guns; make no concessions and take no prisoners.

Enough is enough. The time is ripe to take back control of the public discourse and re-message social risk protection to generate a greater, not lesser, role for the state. Let’s make the state sexy again.