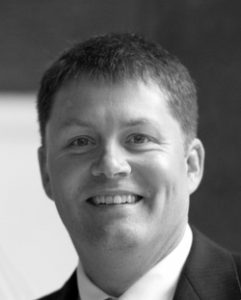 Like my fellow contributors to Health Justice CT, I believe that racial and ethnic backgrounds have too much of an effect on health outcomes. Thedata in support of this belief is strong.

Where I may disagree with my fellow contributors and others who care about this issue is how the problem is best solved.

The best way to address racial and ethnic health disparities is through civil society, the institutions and relationships formed by the residents of Connecticut without the involvement of the state government.

Unfortunately, many medical charities have stopped using their money to directly help people.Instead, they use the money they raise to lobby the government. Success at this gamble can turn thousands of dollars into millions.

But I would argue this makes charities weaker. They lose direct contact with those they want to serve while mastering the lobbies of Congress and state houses. We know what these skills do to career politicians; imagine what they do to charities.

Recent experience in Connecticut follows a similar trajectory. Gov. Dannel Malloy appointed a former state legislator to work in his administration as a commissioner-level advocate for nonprofits who get funding from the state.

This is a sad confirmation that civil society in Connecticut has all but disappeared in favor of state government.  Even Connecticut’s hospitals, while organized as nonprofits independent of the government, orient themselves towards state funding. This has left hospitals with nowhere to turn when the state announced it would tax them earlier this year.

Without an active civil society, citizens of Connecticut are left with fewer advocates and less responsive services.

When the public organically solves problems, the state has fewer to tackle. In some cases, non-government solutions and services will compete with state ones causing mutual improvement

The state of Connecticut can be most helpful in addressing racial and ethnic health disparities in the places where it is currently responsible for them. Medicaid is well-known for its poor outcomes and false promises.

Scott Gottlieb, a medical doctor and former advisor to the Center for Medicare & Medicaid Services, wrote about this evidence recently in a Wall Street Journal op-ed, “Medicaid Is Worse Than No Coverage at All.”

Gottlieb, currently an NYU professor and scholar at the American Enterprise Institute, notes that a 2010 study of nearly 1 million surgeries found uninsured patients were 25 percent less likely than Medicaid patients to die in the hospital – even after controlling for socioeconomic and cultural factors.

In Connecticut, blacks and Hispanics are on Medicaid at nearly three and four times the rate of whites, respectively, according to Kaiser State Health Facts. Research has show that racial and ethnic health disparities show up even within Medicaid.

Because of the overrepresentation of blacks and Hispanics within Medicaid, their poor outcomes relative to their white peers within the program and the overall bad outcomes for Medicaid patients, the best thing state government can do to alleviate racial and ethnic health disparities is make Medicaid better.

Warning: more expensive and better are not synonyms. There are many design improvements to Medicaid that would improve outcomes without increasing costs.

Governments also have a poor track record in dealing with race. In addition to the well-known history of segregation, there is the Tuskegee Syphilis Study, conducted by the U.S. Public Health Service, which denied black patients treatment or even knowledge of their diagnosis.

The practice of redlining – denying home loans based on the racial and ethnic makeup of neighborhoods – began in the Federal Housing Administration long before it was adopted by banks.

When I was a Health Leadership Fellow with the Connecticut Health Foundation I remember a conversation when I asked where the line is between caring for racial health disparities and racism.

For example, a doctor can say, “Blacks are less healthy,” with two different meanings. One meaning implies inferiority, the other disparity. This is dangerous ground for government to tread.

I trust the people of Connecticut, their churches, associations and nonprofits to answer these difficult questions. They let state government do it for them at their own risk.