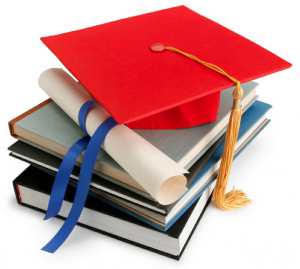 By now, the facts of Tanya McDowell’s story are familiar to many in Connecticut and across the country– a mother wanting the best for her kindergarten-aged son, and a school district willing to charge the mother with a crime for illegally sending her son to a Norwalk school that clearly outperformed the options in Bridgeport, which was her last known residence.

As awareness of the social determinants of health in the movement against health disparities are more recognized, education must be acknowledged as one of the most pivotal, and perhaps, the most actionable for policymakers and concerned communities wishing to change the trajectory of racial and ethnic health disparities.

Research has shown that there is a direct correlation between positive health outcomes and educational achievement.  In Bridgeport the high school graduation rate is 65%, while in nearby Norwalk it is 82%.  The percentage of African-Americans residing in Bridgeport is 30%, where as in Norwalk the population is just 15%.

Connecticut has the largest achievement gap between black and white students of any state in the United States. In a state so small with such relatively abundant opportunities for crushing thede facto application of the “separate but equal” doctrine – such stories are plain embarrassing.

As Ms. McDowell’s story resonated with similarly situated parents and beyond last spring, defenders of the Norwalk school district’s stance were relegated to poking holes in her character in an effort to change public opinion.

Discussing the story with people throughout the state, it became clear to me that public opinion had already been established – rather than poking holes in this mother’s story and character, it was high time that we poke holes in the way our education policies allocate opportunities for learning and enriching school environments.

Parents across the state hinted that they would have done the same thing faced with Ms. McDowell’s circumstances. I think we all want the next generation to have greater opportunities to fulfill their dreams and God-given talents without arbitrary political restraint. Passing on a world of greater opportunity and security where our children can realize their full human potential is an essential element of the American dream.

Since the status quo seems to so unsatisfactory to people throughout the state, it’s time we start answering some difficult questions to ensure our shared values are reflected in our policies and practices.

Our society is most likely very far from ensuring systems that guarantee all communities have access to quality housing, lucrative employment opportunities, and equally shared environmental burdens – we just haven’t come to grips on how to allocate these health-influencing factors.

However, given the relative simplicity of establishing functional schools and the expectation that all of our children are at bare minimum provided an enriching school environment and a chance for success, the education sector presents numerous opportunities for immediate progress.