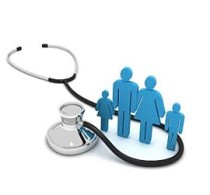 I first got interested in health equity because of Medicaid.

I applied for the Connecticut Health Foundation’s fellowship even though I didn’t know much about racial and ethnic disparities because I thought, I know about Medicaid and that’s a disparity in and of itself.

I often disagree with other health equity thinkers because I’d rather not have the government try to fix complex problems because that often comes with negative side effects.

Imagine if there was a health condition with the same characteristics as Medicaid. If there was, I think more traditional health equity thinkers would go crazy. They would demand the government intervene to help.

Medicaid is the perfect place for government to intervene because it is government. In other words, Medicaid is an obvious place to start because Medicaid IS a racial and ethnic health disparity.

Imagine a medical condition with the same attributes as Medicaid.

First, the population affected by this condition is not reflective of the general population. It affects blacks about three times as often as whites and Hispanics about four times as often.

In Connecticut, one in 13 non-elderly whites have Medicaid. One in 4.5 blacks and about a third of Hispanics are on Medicaid, according to calculations based on Connecticut Department of Public Health and Kaiser Family Foundation data. The “other” race category is twice as likely as whites to be on Medicaid.

People with this condition are a third more likely than the uninsured to die in the hospital when they have surgery. They have lower survival rates after a number of procedures – even when they make it out of the hospital.

Medicaid, viewed as a medical condition, is expensive to treat. A very important study based on a randomized control trial in Oregon found “Medicaid coverage generated no significant improvements in measured physical health outcomes in the first 2 years.”

For more information about the ongoing Oregon study, go here.

A 1999 paper for the National Bureau of Economic Research found “at best weak support for the hypothesis that Medicaid improves the health of low-income children.” Another 2002 NBERstudy found HIV patients with private insurance lived longer than patients with public insurance like Medicaid.

Medicaid is a bad value for both participants and for taxpayers.

The benefits do not come anywhere close to the enormous costs $6.1 billion in Connecticut and $414 billion nationally, including federal and state contributions.

I would argue that Medicaid reform is an ideal target for reducing racial and ethnic health disparities.

Second, Medicaid is more prevalent than being uninsured for all races. In other words, improvements to Medicaid effect more people than insuring the uninsured.

Third, Medicaid is the direct consequence of government policy. Too often poor health is the result of complex problems. In those cases the solutions are difficult to influence with public policy.

Because Medicaid is a public policy, it is, relatively-speaking, low-hanging fruit. Policy-makers can have a real impact on health disparities simply by improving the existing policy.

If Medicaid could be so much better for everyone, why does it exist? Medicaid is good for one interest group: politicians. They can claim victory – healthcare for children, mothers-to-be, the disabled – without paying for it.

This is worth exploring. Politicians like policies that allow them to provide benefits to some while minimizing direct costs to everyone else. The emphasis is on direct costs, rather than total costs.

The current design of Medicaid has indirect costs to:

An honest health insurance program for people in need would pay the full cost of such program and herein lies the solution.

The government should buy standard insurance policies for low-income individuals (indistinguishable from any employer-purchased insurance plan).

I would suggest reducing enrollment to compensate for these increased costs. We should shrink Medicaid eligibility until we can afford standard insurance for all enrollees. I understand there are tradeoffs here, but one study cited above suggests more of the negative Medicaid outcomes occur with higher-income people who are eligible anyway. And these people can be directed to health insurance exchanges.

This is the exact opposite of the approach many states are taking right now. They are instead expanding Medicaid. Unfortunately, that is a bad deal for everyone except the people making the decision. I am no fan of the Affordable Care Act, in general, but the premium-support model is far superior to Medicaid or, for that matter, Medicare.

If the health insurance policies for people formerly on Medicaid include co-pays, why not give participants a medical savings account funded up to the deductible? As long as the policy-holder gets to keep any money they don’t spend by rolling it over into the next year, this will allow them to share in the savings of making cost-effective decisions.

The benefits are numerous but here are a few:

These benefits will overwhelmingly help racial and ethnic minorities, about 60 percent of Medicaid enrollment in Connecticut.