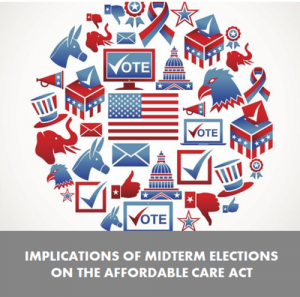 The results of the midterm elections show that the Democrats have once again allowed the Republicans to control the narrative on the health of the nation. They further squandered an opportunity to counter the false rhetoric that the country has been on the wrong path under Democratic control.

The Republicans now control both the House and the Senate for the first time since 2007 and by some of the widest margins seen since 1929. Calls to replace the Affordable Care Act (ACA) are once again reverberating throughout the Capital.

Despite the fact gas was under $3 a gallon, unemployment under 6%, the stock market was breaking records, and the costs of health care have been declining and millions have gained coverage under the ACA, Democratic campaigns across the country embarked on a deliberate strategy of distancing themselves from Obama and Obama’s record. While it was projected that the democrats would lose by a landslide, the mid-terms were in fact theirs to lose by not standing up for the policies that are in fact working.  In close elections across the country, Michelle Obama was sent to the campaign trail instead of her husband whose popularity is currently at an all-time low.

Nowhere is this distancing more damaging than when it comes to the ACA. No Democratic candidate was willing to campaign on the merits of the ACA. For instance, despite Connecticut’s success in enrolling more than 200,000 people and the uninsured rate dropping by 50% in the state, Malloy decided not to run on the success of the Affordable Care Act  and nearly lost to Foley.

Likewise, in an extremely close race between Alison Grimes and Mitch McConnell in Kentucky, Grimes refused to run on the successful record of Kentucky Kynect (Kentucky’s health care exchange) even though it polled positively in the state, instead vowing to “fix” the federal health care law if elected.

Let’s look at the real record of the ACA:

However, instead of running on these merits of the ACA and setting the narrative, Democrats have once again allowed Republicans to spin the roll-out of the ACA as a failure.  Midterm elections also occurred just before the second enrollment period, which may allow a second chance for the Exchanges to redeem themselves. This time, the Exchanges have been field tested for a period of several months as opposed to just 10 days with the first roll-out.

The failure of the Democrats to effectively present their successes has allowed Republicans to sow disfavor towards the healthcare law. As the midterm election results demonstrate, in a two party, “reward and punish” voting system, the choice is too often reduced to punishing the incumbent, even if the opposition does not deserve to be rewarded.

Democrats have allowed Republicans to control the narrative for too long. The time is long overdue for Democrats to expose the true motivations behind Republican policies that invariably benefit the wealthy at the expense of the working class.