February 7th is the thirteenth commemoration and observance of National Black HIV/AIDS Awareness Day (NBHAAD).  NBHAAD is a nationwide effort to mobilize Black communities to get educated, get tested, get involved and get treated around HIV/AIDS, as it continues to devastate Black communities. HIV infection and AIDS diagnoses remain a persistent threat to the health and well-being of Black communities, locally, regionally and nationally.

When looking at HIV/AIDS by race and ethnicity alone, Blacks have more illness and more deaths than any other group.  Blacks represent 13% of the U.S. population and account for 44% of all new HIV infections and 46% of people living with HIV.  Survival time after an AIDS diagnosis is lower on average than it is for most other racial/ethnic groups.  Blacks accounted for 57% of HIV-related deaths in 2006. According to the Centers for Disease Control & Prevention, someone in the United States is infected with HIV every 9½ minutes and 1 in 5 people living with HIV are unaware of their infection. While Blacks only represent 11% of Connecticut’s population, according to the State of CT Department of Public Health, of the 10,537 residents living with HIV/AIDS, 33% of these men, women and children are Black. And in 2011, 348 Connecticut residents were diagnosed with HIV—38.8% of those newly diagnosed are Black. 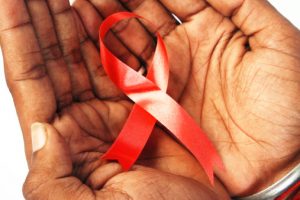 These numbers demonstrate the ongoing risk of HIV infection and emphasize the need for new/effective HIV prevention messages and services. As far as I’m concerned, the continued sense of urgency about HIV/AIDS is nearly nonexistent; and current efforts are also far too fragmented. If you toss in silence and stigma, and prevention and treatment funding cuts, you’ve a recipe for disaster.

Why aren’t more people angry that our young people are getting minimal education/information that can prevent new HIV infections? Where has all the money for prevention interventions, treatment and care gone? Where have all the collective action and zeal from the beginning of the epidemic gone?

While we wait for satisfactory answers to those questions, there are things we can do. We canget educated—learn the truth about how HIV is transmitted and preventer. We can get involved—there are AIDS Service Organizations throughout our state—donate your treasury (if you have it), time and talent. Practice safer sex. We can get tested—knowing your status is vital. We can get treatment—if you receive a positive HIV, don’t waste any time getting into care. Talk to your partner(s), children, parents (yes), church members, community members and leaders.

A critical mass is needed to change the course of HIV in Black America—schools, churches, civic organizations are all important partners in this effort. I’m committed to doing everything I can and encourage you to join me as we get to Zero New Infections.

We must do this.

“What really matters is that when the time comes, kids will make the decision to either abstain or use a condom.” – Arthur Ashem, renowned tennis champion and activist.

Health Justice CT provides a public forum for conversations, ideas and collective action. The opinion expressed on this site are those of the authors and do not necessarily reflect the views of HealthJusticeCT or our funder.