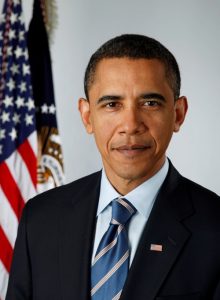 President Obama’s surprisingly wide margin of victory and the gain of several democratic seats in the Senate was an important win for national health reform, women’s reproductive health, and for economic policies that buffer the social determinants of health. Most recently, Obama can add Florida to the count of states that chose him over Romney.

But does this sweeping victory constitute an endorsement of Obama’s policies, or does it simply reflect changing demographics as many pundits have suggested in their election post-mortems?

Obama lost among seniors, white men and white married women voters. Apparently, Romney/Ryan’s threats to privatize Medicare did not dissuade elders from voting against their own interest.

Likewise, white men (and their wives) failed to see the many ways that the health reform would benefit them. Exit polls from the elections showed an exact 50-50 split in voters as to whether they believed all or parts of Obamacare should be repealed versus those who felt it should remain intact.

In fact a substantial portion of the population would gain from health reform — individuals living up to 400% above the poverty line (that’s up to $43,320 for individuals and $92,200 for a family of four) are provided subsidies on health insurance. And of course, the 98% of the population that makes under $250,000 per year would be unaffected by expiring tax cuts or tax increases to pay for health reform.

On the other hand, there is a substantive reason that 68% of unmarried women voted for Obama. With Republican candidates like Todd Akin and Richard Mourdock making controversial comments about rape, and promulgating policies that would limit a woman’s right to choose and be given access to reproductive health care, the choice was clear.

Furthermore, the coalition of minority voters who supported Obama recognized what many white men failed to notice: that the policies being proposed by the Republican party are not in their best interest. That Obamacare, as insufficient as it may be, would expand coverage for vulnerable populations. That Romney/Ryan represented the 1% in their economic vision for America and not the economic situation of a majority of minority voters.

Undoubtedly in rebranding the party, Republicans will start recruiting as many minority conservatives as they can muster. Indeed, this has already been an active tactic, with Sarah Palin being but one example.

Can Republicans be successful at swaying the demographic curve in their direction through the recruitment of minority candidates? I think not.

One example of this post, post-modern America is the state of Vermont where Democrat Peter Shumlin won an overwhelming victory against his Republican opponent, Randy Brock, who would have been the first African-American Governor of the state. In winning his re-election,Shumlin secured the future of his own health reform plan that goes well beyond Obamacare-Green Mountain Care. This was adopted by the Vermont General Assembly a year after Obamacare; and lays the groundwork for a single-payer, universal health care system. His win last term on a single-payer ticket was widely viewed as a mandate for single-payer style universal health care and his second win ensures the continuation of that legislation.

Thus, while Obama may not be able to claim support on the issues from the general population- inclusive of seniors, white men and married white women- what Obama can claim is strong support from a coalition of voters who recognizes how his policies can support their substantive interests (at least compared with the main alternative).

The central problem for Republicans wishing to rebrand their image is that even if you strip away the conservative social and cultural values with racist undertones that have been the backbone of their party for at least the last three decades, what becomes evident is that their policies represent the ultra-rich.

A democracy, whether it uses an electoral college system or any other, cannot win on policies that favor the 2% of Americans with the most wealth.