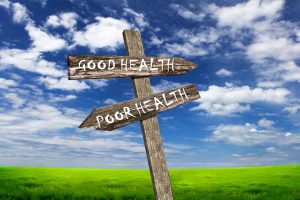 Among the many issues over which liberals and conservatives in the U.S. disagree is how well the U.S. rates on certain key health indicators compared with other advanced industrial countries. That the U.S. is the greatest country in the world is a common meme propagated in conservative circles whereas among liberals, the fact that U.S. infant mortality rates and life expectancy are on par with many developing countries is yesterday’s news.

Though it may be yesterday’s news to some, a new report from the Institute of Medicine provides additional confirmation for the liberal perspective finding that there is a consistent and pervasive U.S. health disadvantage compared with its peer countries on up to 9 nine different health indicators.  Specifically, compared with 16 peer countries, the U.S. ranked among the lowest on the following 9 health indicators, which contribute to a persistent health disadvantage: 1) Birth outcomes; 2) injuries (including motor vehicle accidents) and violent crime; 3) Teen pregnancy and STDs; 4) HIV/AIDS; 5) Alcohol and drug related mortality; 6) Obesity and diabetes; 7) Heart disease; 8) Chronic lung disease; 9) Disability.

But what even liberals will find interesting about this report are the reasons for the US health disadvantage, which debunk some of the more obvious reasons that might come to mind for the U.S.’s moribund position. Here are a few facts from the report:

The story is not all negative though: the US health disadvantage actually disappears at older ages. The United States has higher survival after age 75 than do peer countries, and it has higher rates of cancer screening and survival, better control of blood pressure and cholesterol levels, lower stroke mortality, lower rates of current smoking, and higher average household income. Thus, our high-tech, treatment oriented system with end-of-life issues, which makes the U.S. health care system one of the most expensive in the world, does seem to pay off towards the end of life. In addition, U.S. suicide rates do not exceed the international average and other studies find Americans to be happier than average.

I guess, in the end, perhaps conservatives have the right attitude: ignorance IS bliss.