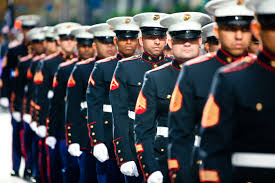 In a report released to President Obama last Friday, White House Deputy Chief of Staff Rob Nabors found “a corrosive culture” and inadequate resources contributed to the Veteran Affairs health care scandal. The allegations that led to resignation of Eric Shinseki as VA Secretary has the potential to be more than just another political scandal. Rather, it is a devastating blow for proponents of universal health coverage in the US because it raises questions about the Federal government’s ability to provide health care for veterans and their families in the US.

One of the key arguments of proponents of universal health coverage is the notion health care can be provided more efficiently, effectively and fairly by the government.  Free market mechanisms lead to cost inflation, lack of access for those who cannot afford to pay, and, particularly, when for profit, the potential to compromise quality in the pursuit of profit maximization.

Among the fragmented pieces of the US health system, the VA stands apart as the most centrally planned. Ostensibly a national health service along the lines of the British National Health Service, in the VA system, provision of health care services is paid for through general tax revenue, physicians are salaried employees of the state, and hospitals servicing veterans and their families are public entities paid for through capitated public funds with capped costs.

Until this latest scandal, since reforms adopted under Clinton in the mid-1990s, the VA has been held up as an example of quality and efficiency to emulate. Since these reforms, the VA has consistently scored higher than private facilities on Customer Satisfaction Index and at a fraction of the cost of the private health care system. Due to its integrated structure, the VA has been able to adopt an electronic health record system that enables improved care coordination, quality and data monitoring in contrast with the private sector, which has not found a sustainable and systematic way of sharing health records electronically across diverse providers.

The recent VA scandal has largely centered on the extensive wait times to receive medical treatment confronted by a subset of VA patients, waiting as long as 90 days in some cases. Indeed, market proponents have criticized other universal health coverage systems, particularly Canada’s, for long wait times amounting to a form of “rationing by supply” (as opposed to rationing by price, which is the market model). The actions of certain VA officials that have tried to cover up these wait times and other deficiencies are deplorable. However, Republicans are using this recent scandal as an opportunity to undermine the VA by allowing veterans to seek care at private or non-profit hospitals outside the VA system if they are faced with unacceptably long wait times. But there is little evidence that Veterans would fare much better in waiting for treatment in the private sector. In fact, one recent study suggests that the average wait time for an appointment in the private sector was approximately 18 days, which is only 3 days less the average of 21 days in the VA system.

Furthermore, obtaining care in the private sector if you do not have private insurance is an iffy gamble- many private sector providers routinely turn away Medicaid and Medicare patients due to the government’s relatively low reimbursement rates.

The report also found that the wait times veterans are facing is also a reflection of the underfunding of the VA health system. Ensuring adequate funding should be the focus of VA reform efforts. When adequately funded and with proper oversight, the VA has been shown to have the potential to be a leader in health care delivery. Many of the reforms introduced in the VA in 1990s, including performance measures, are now being introduced in the private sector.  But in contrast with the private sector, where the decentralized nature of the health care system results in little performance oversight, the fact that the issues with the VA has come to the public’s attention is largely a reflection of the higher level of accountability offered by the public sector.

Expanding and enhancing rather than undermining the VA is the best way to ensure that Veterans receive quality care and that the system can continue to be a model for the rest of the health system to strive towards.