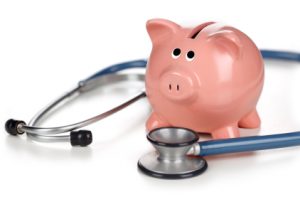 How is this for counter-intuitive? The best way to improve health in our country is to have the government spend less on it.

In some ways I agree with my fellow contributor, Ashley Fox, when she points to the importance of social determinants of health (although I disagree on economic inequality as I pointed out here).

Here is my hypothesis. If you believe in the social determinants of health, you should want the government to spend less on healthcare.

The simplest way to understand social determinants of health is this equation: healthcare ≠ health.

Where someone lives affects their health. Maybe there is no place nearby to buy healthy food or perhaps the air is polluted or the neighborhood has a lot of crime. For more about why nutrition might matter more than insurance and other musings, read President Obama, Health Insurance Doesn’t Equal Better Health Care.

Despite this knowledge – both academic and common sense – the U.S. government spends a lot on healthcare. As my fellow contributor Raye Mutcherson points out, healthcare makes up a larger share of the U.S. economy than most other economies with only middling results.

There is an efficiency argument for giving people cash instead of government healthcare. It’s much like the economics of Christmas gifts: a relative sends a sweater, but you place more value on the torn wrapping paper than the $20 ball of yarn you’ll never wear.

In a similar way, the government is buying healthcare for a lot of people who would rather have something else even if it cost less money.

Perhaps a security deposit for a new apartment would improve a family’s health more than health insurance. Or maybe a bus pass that gets mom to a grocery store with a good produce section.

Even better, a family starts the business of its dreams. Next thing you know, the family is paying taxes instead of needing assistance.

Of course we all know the reason why government often sacrifices efficiency and instead buys things for the poor: politics.

It is politically untenable in many cases to provide cash because the efficiency also allows people to misspend the money. The most politically damaging uses are drugs and alcohol.

Could economic-minded people of the right, motivated by efficiency, and activists for addressing social determinants of health on the left join together to displace the centrist consensus?

As much as I would like to jump on board Brandon Ogbunu’s call for consensus around increased spending on basic health research, I can’t.

Although health research has a positive effect on the economy, government sponsored research suffers from similar inefficiencies as mentioned above. Often the government isn’t buying (or researching) the right thing.

I will even concede that government research funding is less bad than some other government spending so I wouldn’t necessarily cut it first.

But my biggest concern about government spending is the health of our children. For every dollar we overspend today, we are pre-spending tax money our children will collect. This perverse inheritance will leave them with less money to spend on what they want from their government – whatever that may be.

Effectively, by spending more than our share we are short-circuiting the democracy our children will live in by restricting their choices. We are stealing their prosperity by spending money they will someday earn.

We need to stop.