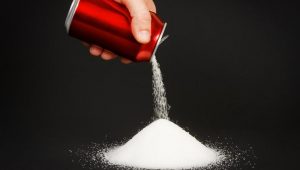 With Mayor Michael Bloomberg leading the charge, NYC geared up last week to implement a bold new policy experiment to combat the obesity epidemic, banning the sale of certain sugar-sweetened beverages over 16 ounces. However, the move was dealt a death blow on Monday by a New York Supreme Court judge who concluded that the ban was “arbitrary and capricious” because of its unevenness in that it “applies to some but not all food establishments in the city,” and “it excludes other beverages that have significantly higher concentrations of sugar sweeteners and/or calories.”

Thus, ironically, the judges’ injunction rested largely on the conclusion that the problem with the ban was that it was not comprehensive enough- exempting certain beverages/establishments and not others.   This legal grounding of the decision is in contrast with the popular press and other statements made by the judge, which has pooh-poohed the idea on the grounds that it is too paternalistic- in other words, that it goes too far in regulating people’s free choice. In support of this ruling, “liberty-loving soda drinkers” (to quote a tweet from Sarah Palin) in Mississippi are gearing up to pass an “Anti-Bloomberg” law, that would stop any local government from regulating consumer products. I believe this is a major travesty for anti-obesity policy in the US and I am appalled by this level of obstructionism.

However, rather than attempting to persuade the audience that contrary to perception, the policy is not really parternalistic, instead I want to use this as an opportunity to openly defend, nay embrace, Mayor Bloomberg’s paternalism for all that it is.

Specifically, I would like to counteract four myths about the sugar-sweetened beverage size limitation:

1. People are capable of making their own decisions about what to consume and how much. When commercial interests work against public health, the state has the right and the duty to seek regulatory correctives to these market-driven health distortions.  In the U.S., the default beverage size is grossly out of proportion. This is the case because the default size has been set by market forces. The market has found that customers are willing to pay a marginal amount more to get a larger size portion- a practice known as “upselling.”  This creates an incentive to buy a drink that is well beyond the amount that can or should be consumed in a sitting. Research suggests that these larger sizes encourage people to consume more than they otherwise would.

2. All people need is more information to make healthy decisions. Information on its own is insufficient to substantially change norms, and of more concern, policies that rely on information alone increase inequalities. This is because people with more knowledge, prestige and power are better able to make use of the existing knowledge base. Evidence from the experience of calorie labeling shows that more affluent people make use of the labels but not low income individuals.  All else equal, a mandate that applies across the board such as the sugar-sweetened beverage size limitation will reduce health inequalities versus a information based policy where people with existing knowledge will be able to make better use of the new information.

3. The ban is (necessarily) bad for business. While the beverage industry has financed numerous campaigns against the so-called soda ban, it is questionable and even doubtful that the size limitation will be harmful to the individual businesses impacted by the ban. Businesses can simply apply the same prices, but to more reasonable portion sizes thereby actually saving money by not needing to provide as much product.

4. The City Health Department subverted democracy and overreached its authority in issuing this mandate. On this point I cannot disagree.  The city health department has repeatedly used its broad mandate to implement policies, sometimes unpopular, that it probably would not be able to achieve if it went through the usual channels. Although I am not in favor of the subversion of democracy per se, our obstructionist political institutions where business is granted a “privileged position” has ensured that policies that are in the public interest do not get passed. This leaves little choice for progressive policy makers but to use any means at their disposal to ensure important public policies are passed. In the end, the mandate was thwarted by another increasingly conservative institution- the Courts.

Although I radically disagree with him on economic policy, it is unlikely that a US city in the near future will find this specific combination of a leader with a verve for public health and the political backbone to try innovative policies such as Bloomberg.

This combination of leadership and the subversion of democracy via an active public health department is the reason that so many bold new policy proposals have come out of New York City, many of which have served as models for the country and the world.

This has provided a critical laboratory for policy learning- testing new policies and seeing how they work. With the end of Bloomberg’s reign, as paternalistic as it might have been, it is unlikely that we will see this combination again in the near future and be able to learn critical lessons from these bold actions.

In contrast with the Mississippi’s anti-Bloomberg law, I would advocate to defend the authority of local health departments in regulating consumer products as a critical counterweight to the power of commercial interests in our other political institutions.